It is estimated that as many as two million people in the United States are very allergic to stinging insect venom. Every year about 100 people die from sting reactions. More related deaths may be occurring because these reactions can be mistakenly diagnosed as heart attacks, sunstrokes, or they may be attributed to other causes. More people die yearly from the effects of insect venom than from spider bites. Stinging insects can present an occupational health problem, mainly for sensitive workers performing duties outdoors or in greenhouses.

Usually, danger occurs when workers disturb the nests of stinging insects such as bees, wasps, hornets, or yellow jackets.

Most people have a mild reaction to bee, wasp, hornet, or yellow jacket stings. Common signs and symptoms include:

With a mild reaction, an individual that has been stung can often relieve the symptoms with ice, baking soda, 1%-2.5% ammonia solution, or topical steroids.

The most severe allergic reactions to stings can be fatal. These reactions, called anaphylaxis, can often begin with these kinds of symptoms:

Reaction may occur in a few minutes; death can often occur rapidly, as quickly as 30 minutes.

Take these simple steps to prevent stings. Let a professional exterminator remove nests and assure all others are well outside affected areas.

With some extra planning, travel, vacations, and holiday celebrations can be both safe and enjoyable. Take this week’s quiz to see how much you know about being prepared to safely enjoy the summer!

Due to the continuing challenges of operating during this pandemic, the summer hours program (1/2 Day Fridays) that was to begin this Friday, May 29 through Friday, July 31 has been canceled. Although this work/life balance initiative has been canceled for this summer, please be sure to take advantage of scheduling your vacation benefit with your manager to enjoy the upcoming summer months and make time to relax and rejuvenate!

Please reach out to Margie.grandinetti@desales.edu with any questions. 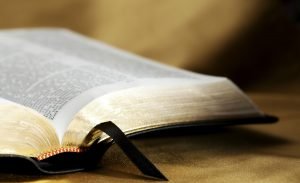 The Alumni Office still has a few remaining lawn signs celebrating the Class of 2020. For any faculty or staff member who would like to pick up a lawn sign, please visit Campus Police Wednesday May 27 – Friday May 29 from 9AM – 5PM.

As the days get longer and the weather turns warmer, we’re all looking for ways to spend more time outside. Check out this week’s communication for tips on how you and your family can safely enjoy the outdoors.

Our community partners have a request for art supplies to hand out to their students during meal deliveries. The social work teams at Roosevelt Elementary and Raub Middle schools are leading art therapy sessions, but are in need of the following supplies for families:
We have 2 ways our DSU community can donate:
Questions? jaime.gerhart@desales.edu

This June, LVAIC is hosting a community book reading on Small Teaching Online: Applying Learning Science to Online Classes. Trexler Library has added the electronic book to our catalog, and it is available to read here.

All DeSales faculty and staff have access to the book from home. Simply log in when prompted with your myDSU username and password. If you have difficulty accessing the book, please contact Trexler librarians at reference@desales.edu.

The Division of Performing Arts at DeSales University is pleased to offer online professional training with the 2020 Virtual Summer Video Institute. This intensive program features a one-week experience into the evolving world of virtual filmmaking for ages 12 through adult. Three college credits are available for students who have successfully completed the program and have a high school graduation date of 2022 or prior.

The Virtual Summer Video Institute (VSVI) at DeSales offers students of all ages an introduction to the theories of techniques of digital movie making using cell phones. Each student will create a minimum of two short films and potentially collaborate on a larger scale production.

Each morning will begin with lectures delivered via Zoom on how to design, shoot, stabilize, and edit films of your own creation using your personal Android or iPhone. The mornings will include topics such as scriptwriting; Adobe Photoshop, Premiere, and Premiere Rush (editing software for phones); and sound and stabilization techniques. The remainder of the morning will be spent on collaborating virtually with other students on your script or project footage. In the afternoons, you’ll be going out shooting and editing your film in your home environment. At the end of the program, the final films will be celebrated with an online screening.

“The Virtual Summer Video Institute offers students of all ages a marvelous introduction into the ever-evolving world of digital filmmaking using cell phone technology,” says VSVI director, Chuck Gloman. “This is an extraordinary time in the history of media arts. For students imagining a career in filmmaking, or adults looking to increase their creativity using everyday technology, VSVI is designed to provide an intense and rewarding experience. We are very excited to see your creations!”

The Virtual Summer Video Institute runs June 22 to June 26. Tuition is $335. College credit is available for students with a high school graduation date of 2022 or prior. For more information, contact director Chuck Gloman at chuck.gloman@desales.edu, or visit www.desales.edu/svi.

Tee up Summer style with 20 percent off tees at the DeSales Bookstore. Sale is online only and excludes Lululemon. Other exclusions may apply. Discount will display in the cart after customer enters promo code 20TEE. Valid until 11:59 p.m. CT on May 21.